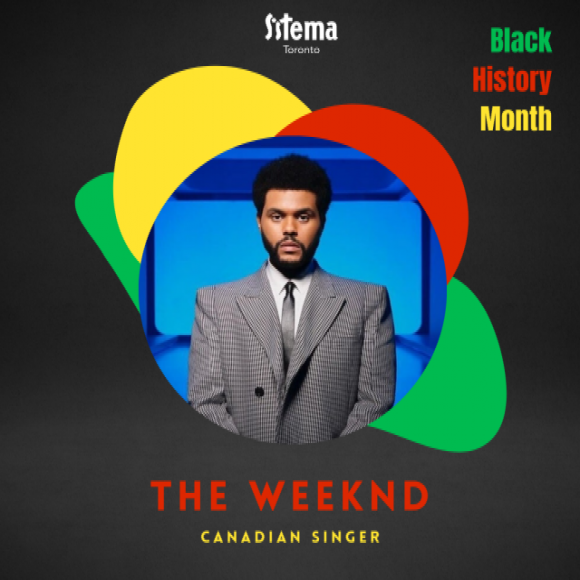 Grammy-winning R&B singer and performer the Weeknd has created such hits as 'Can't Feel My Face,' 'The Hills,' 'Starboy' and 'Heartless.'

Who Is The Weeknd?

The Weeknd, originally Abel Tesfaye, broke into the music scene with the 2011 mixtape House of Balloons. He went on to work with Drake, Wiz Khalifa and others, while building his own career as an artist. In 2015, the Weeknd enjoyed huge success with the Grammy-winning album Beauty Behind the Madness, which boasted the hit single “Can’t Feel My Face.” His follow-up album, Starboy (2016), also won a Grammy and featured collaborations with artists such as Daft Punk.

Born Abel Tesfaye on February 16, 1990, in Toronto, Canada, the Weeknd has become one of the music industry's leading alternative R&B performers. He is the son of Ethiopian immigrants but has had little contact with his father, who left the family when the Weeknd was only a toddler. His early musical influences ranged from traditional Ethiopian music to the "King of Pop," Michael Jackson. In an interview with Vanity Fair, the Weeknd specifically cited the impact of Jackson’s 1979 hit "Don’t Stop ‘til You Get Enough," describing it as "the song that helped me find my voice. It’s the reason I sing.”

Never shy about displaying his vocal talents, the Weeknd started recording his efforts while in high school. After dropping out, he continued exploring his interest in music, and released a free download called House of Balloons in 2011. This, along with two more mixtapes, helped push his career forward. He worked with Drake on his 2011 album, Take Care, which featured several tracks from House of Balloons, and landed a deal with Universal’s Republic Records.

The Weeknd’s earlier mixtapes were re-released as 2012’s Trilogy, which became a platinum-selling record for the young artist. Despite his growing popularity, he managed to hide himself from the public at large. The Weeknd refused interviews for a long time and chose to use images of women for his 2013 album, Kiss Land, rather than pictures of himself. Some of the mystique he built around himself was intentional, but it also reflected the shyness and insecurities that troubled him early in his career.

In addition to his own work, the Weeknd collaborated with other artists. He appeared on Wiz Khalifa’s “Remember You” in 2012 and worked with Rick Ross on his 2014 album, Mastermind. That same year, the Weeknd helped producer Max Martin with Ariana Grande’s hit “Love Me Harder”.

'Beauty Behind the Madness' and Grammy Wins

In 2015, the Weeknd continued his rise to the top with the No. 1 album Beauty Behind the Madness. His disco-pop infused single “Can’t Feel My Face,” became for many the unofficial song of the summer, while his ballad “The Hills” also made quite an impression on music fans.