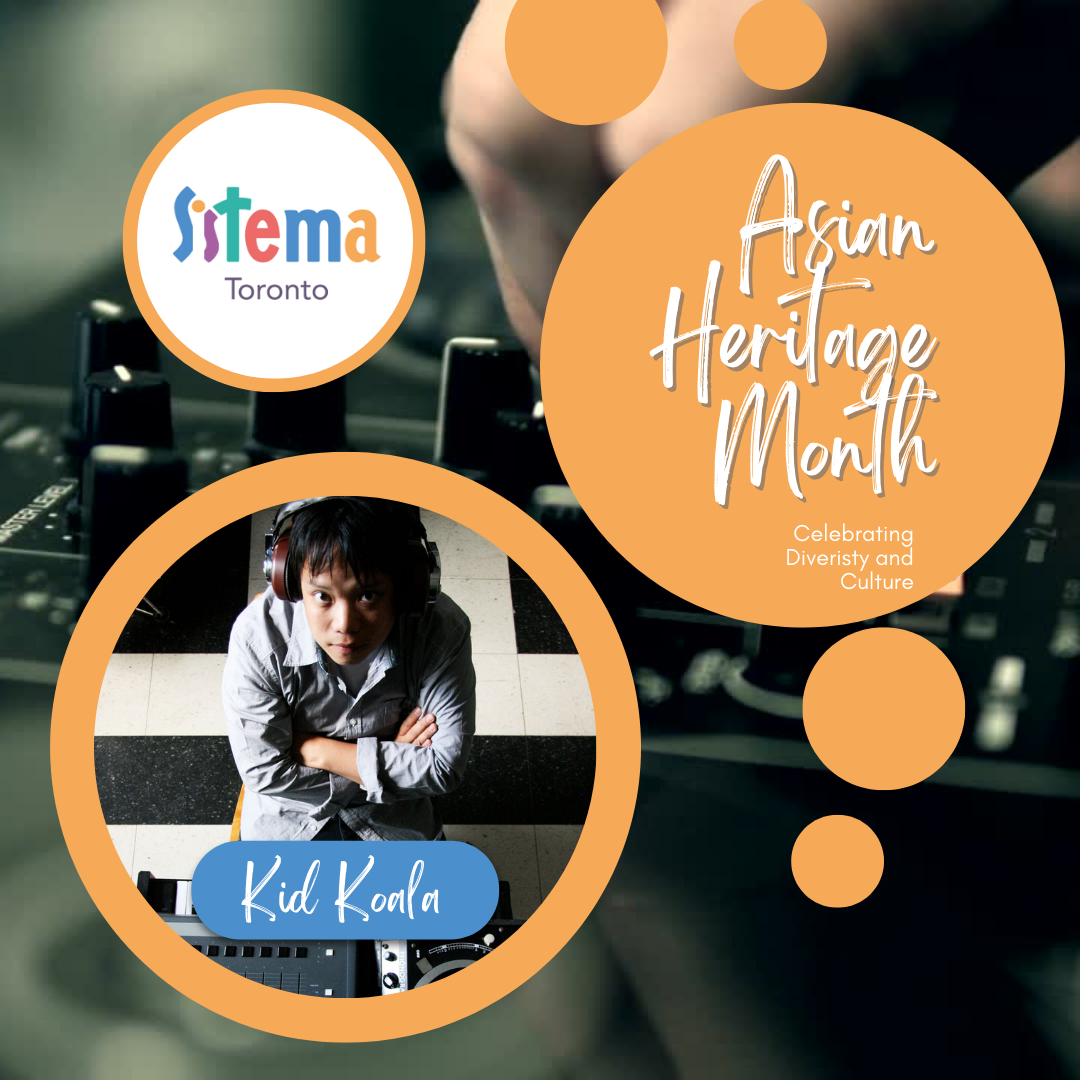 Kid Koala (Eric San) is a world-renowned Canadian scratch DJ who has made a name for himself both with his music and visual art. He has released four solo albums and two graphic novels: Nufonia Must Fall (ECW Press, 2003) and the award-winning Space Cadet (Uni Books, 2011). He has also been involved in collaborations such as Gorillaz, Deltron 3030, and The Slew.

Kid Koala has toured with the likes of Radiohead, the Beastie Boys, Money Mark, John Medeski, A Tribe Called Quest, Mike Patton, Jack Johnson, DJ Shadow, and The Preservation Hall Jazz Band. He has contributed to scores for director Edgar Wright's Shaun of the Dead and Scott Pilgrim vs. The World, as well as director Rian Johnson's Looper and, has composed music for The National Film Board of Canada, the Cartoon Network, and Adult Swim. His unforgettable live shows range from silly touring turntable carnivals like Short Attention Span Theater (featuring turntable bingo) and Vinyl Vaudeville (including puppets and dancers) to quiet-time events like Music To Draw To and his Space Cadet Headphone Experience.

He lives in Montreal with his wife, two daughters, and pet shrimp Amanda.