To celebrate #BlackHistoryMonth, our students will be learning and playing music by some prominent black composers as well as discussing their achievements. We're pleased to highlight those composers on our website and social media, and next up is José Silvestre White - Violinist and Composer.

“Mr. White showed himself so superior that there should have been a grand exceptional prize in his favour.” 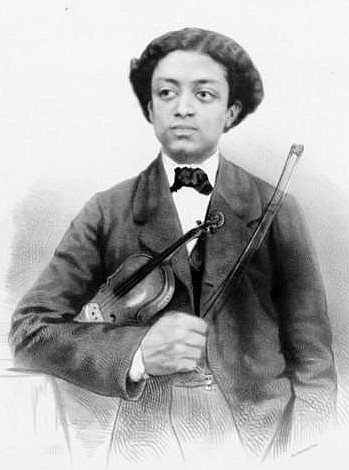 Afro-Cuban Composer Jose Silvestre White was born in Matanzas, Cuba in 1835. As a child, he began violin lessons with his father, an amateur violinist. He showed exceptional abilities as a young musician, and eventually went to study at the National Conservatoire in Paris, where he won the First Grand Prize for Violin after only one year of study.

Silvestre White remained in Paris and lived there for most of his life. He went on a long concert tour in 1875-1877, performing in the United States and South America, and worked as the director of the Imperial Conservatory in Rio de Janeiro, Brazil from 1877 to 1889, and then returned to Paris until his death in 1918. He remains well known in Cuba today. Our own Yorkwoods Centre Director, Vlad Morffis, studied at the “Conservatorio de Música José White” in the city of Camaguey.

The first movement of White’s Violin Concerto shows off his skills as a violinist and composer, with virtuosic writing for the violin soloist. The music is typical of the early romantic period, with lots of beautiful tunes, and plenty of chances for the violinist to show off.

An Étude is a piece written to be especially difficult for the performer, to show off their skills. White wrote and published six études for solo violin, each dedicated to a famous violinist he knew. The sixth of these études, performed here by Rachel Barton Pine, is dedicated to White’s first violin teacher (other than his father), Secondino Arango.

La Bella Cubana is White’s most famous piece today. It is played often in Latin America and beyond, in arrangements for orchestra. La Bella Cubana is a Habanera, a dance that was popular in Cuba during White’s lifetime.

“The competition for violin [at the Conservatory] has offered a beautiful spectacle this year, being the most brilliant struggle. The first grand prize was conceded to Mr. White, pupil of Alard, and the second [prize] to Mr. [Aimé] Gros, from the same class... Mr. White showed himself [so] superior that there should have been created a grand exceptional prize in his favor.  He performed with an extraordinary animation, not like a pupil but as a great artist who commands his audience. The jury itself was electrified" (Ramirez 1891, 178).