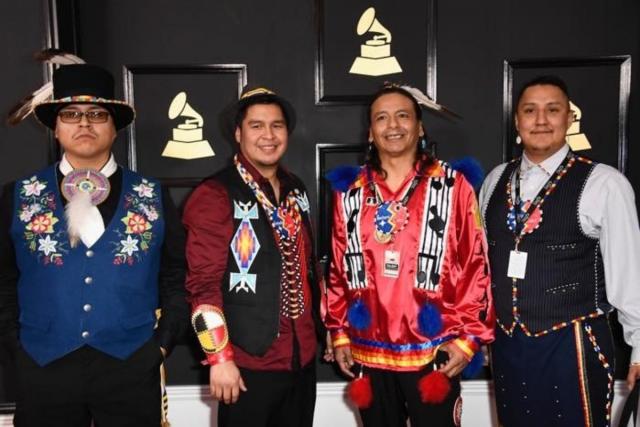 First up is Northern Cree, an award-winning pow-wow drum group. Group members come from different professions, including lawyers, teachers and business owners. They are a pow-wow group from Saddle Lake First Nation in Alberta, Canada. Northern Cree has produced over 20 albums and travelled around the world, performing for audiences of all backgrounds.

The group was inducted into the Canadian Aboriginal Music Hall of Fame in 2012, and they won seven Aboriginal People’s Choice Awards between 2006 and 2016. They have been nominated for six Grammy Awards. Northern Cree is one of Canada’s most successful Indigenous music groups. 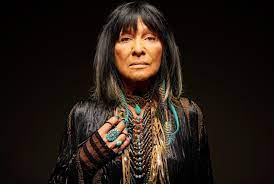 This week we are highlighting Buffy Sainte-Marie. She is an Indigenous Canadian-American singer-songwriter, musician, composer, visual artist, educator, pacifist, and social activist. Orphaned as an infant in Canada when her mother, a Plains Cree woman, died in an automobile accident, Sainte-Marie was adopted by an American couple of Mi'kmaq ancestry and raised in Massachusetts and Maine.

In 1976, Sainte-Marie joined Sesame Street, where she appeared regularly for five years. During her time on the show, Sainte-Marie acted, sang, and played music. She shared songs and stories of Indigenous peoples and was the first woman to breastfeed on Sesame Street in 1977.

Her music includes themes of love, war, religion, and mysticism. She has won numerous awards for her work in music, education, and social activism. Additionally, she is the first Indigenous person to win an Oscar with her song “Up Where we Belong” as well as an Academy Award and a Golden Globe. Buffy Sainte-Marie continues to be a pioneer in music as well as an activist for Indigenous peoples. 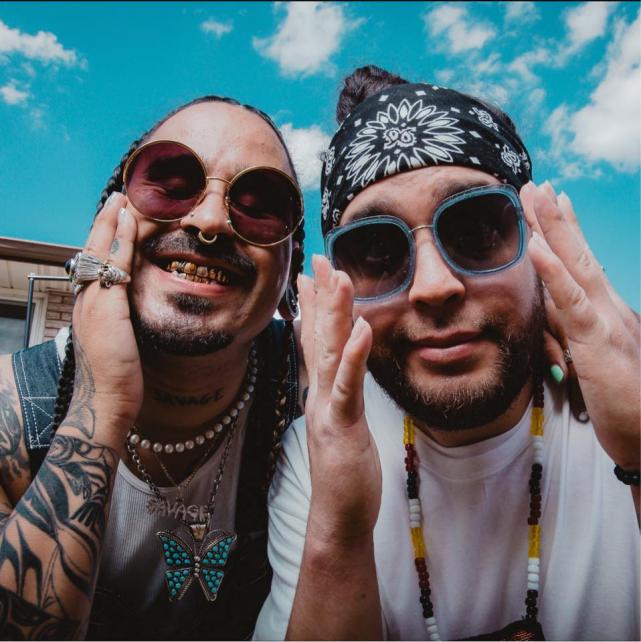 Snotty Nose Rez Kids is a Canadian Hip-Hop duo of Haisla (Indigenous) descent from Kitimat, BC.

The group has toured heavily in Canada and have also had appearances in New York City, Seattle, and Darwin, Australia. They quickly gained notoriety for their energetic, inspiring, and thought-provoking performances.

Snotty Nose Rez Kids October 2021 album, Life After, is their most personal project to date. The popularity of Life After was met with honours such as being featured on the covers of Exclaim Magazine, Range Magazine, and The Georgia Straight.

Snotty Nose Rez Kids have already shown that 2022 will be their year on top!

Shina Novalinga is an Inuk social media influencer, throat singer, and activist. She gained fame for posting videos of throat-singing with her mother on TikTok and Instagram. She has over 4 million TikTok followers and 2 million Instagram followers.

Her mother, Caroline, is a professional throat singer who learned from Inuk elders in their hometown of Puvirnituq, Nunavik. When Shina was young, her mother began teaching traditional practices and games where two singers use breath and guttural sounds to create a rhythm. Shina posted a throat-singing video on TikTok that went viral.

Shina continues to share videos on TikTok that highlight her culture, food, and fashion. 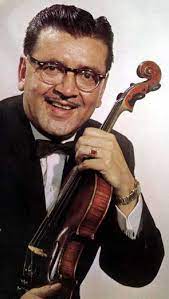 Andy de Jarlis was a Canadian Métis fiddler from Woodridge, Manitoba. He came from a family of Métis fiddlers and began playing at age 15. He was credited with more than 200 musical compositions as well as 38 records. Andy played on Winnipeg radio accompanied by the musical group the Red River Mates. He also appeared on the television program Don Messer's Jubilee as Andy Dejarlis and His Early Settlers